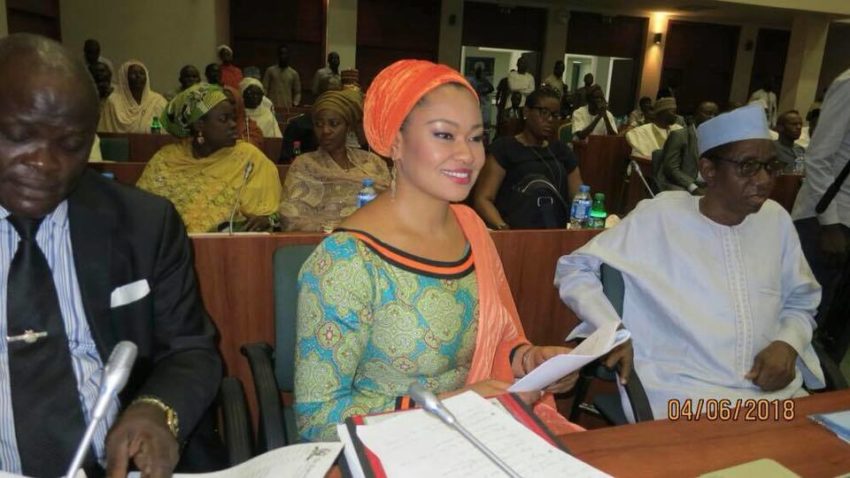 Politics of Kogi Central Senatorial District is one of the most striking and obnoxious aspect of politics. It goes with so many intrigues and permutations at the predetermination stage; however it always becomes predictable when the warmth is at peak.

The 2019 Senatorial scrimmage has got some personalities springing up, with a particular L.G.A clamouring for a shift. However, researches have shown that the supposed L.G.A has at the moment three-fourths of the total aspirants hollering for the seat plus the contemporary development where Barrister Natasha Akpoti is being entreated to join the race.

Natasha Akpoti is an Ebira Born Barrister, a social and human right activist, and a humanitarian who is known for her perseverance in the expedition to revive Ajaokuta Steel and as well education facet, predominantly in Okehi L.G.A.

Natasha has been exercising her wealth of experience as a Barrister and her international heirloom to watercourse the revival of Ajaokua steel albeit many have kicked against her stance for not making peace with the appropriate authorities o’er her to smoothen the move.

I am a believer of the fact that everybody has his or her shortcoming; however the certainty of the good person Natasha is can never be compromised. Most of her accomplishments are more of an instinctive gift. If this is true, then God’s way can never be man’s way. I am also aware of the fact that the voice of the masses is the voice of God. It is also a good run-through to authenticate whether the voices calling you are not voice of wolves.

Recently, those inviting Natasha to politics are our diaspora brothers who have no political structures or values and whose interest is to ensure 2019 senate is zoned to a particular L.G.A. This is where I see the disaster springing up for my dear sister Natasha if she ever tries to succumb to their calls.

Another is, Natasha is never a politician although the trait of quality and effective representation has been seen diagnosed in her. Thus another fact remains that only the Okehians, literate ones and particularly those who are online media handy will know who Natasha Akpoti is despite all her efforts. Meaning, she may likely not be recognized by the grassroots which are the electorates.

Another thing to note is that, the moment you started looking for any elective positions, you must as a matter of exigency reconcile with whom you called your adversaries. I believe those inviting Natasha at this critical moment knows those involves here and how important they are. Can she?

Natasha will marry politics when the time is ripped. But taking cover under the umbrella of Senate zoning to bring Natasha to her knees will be regrettable precarious. It would be fantastic if she will come and win but the consequences of not winning are why they say “Politics is a Damaging Amusement”. I am not scribing this to stop anyone though, but may I use this opportunity to warn you people never to allow us Lose Natasha H. Akpoti else it may be unusual having her brand again. She is very important to us.