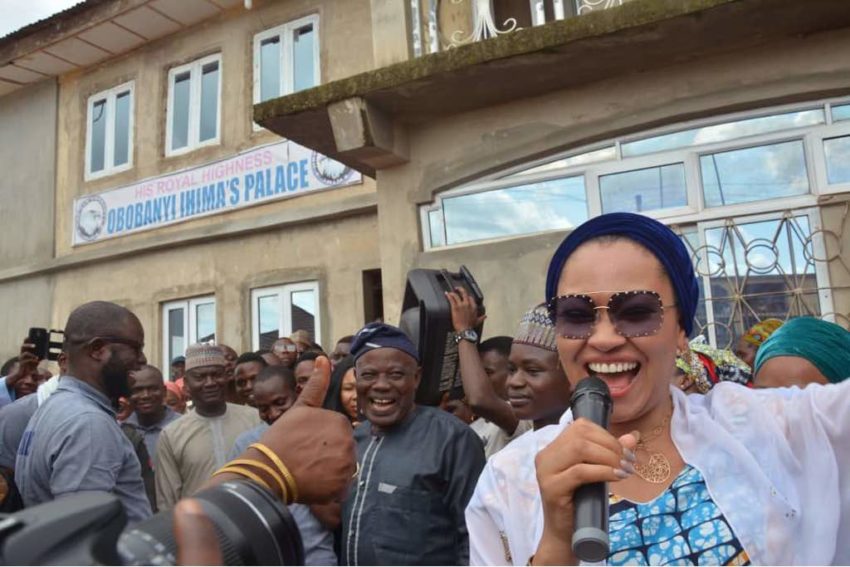 The attention of Kogi Central youths have be drawn to a spurious publication making round on the social media by a phantom group called Kogi Central Leaders Initiative (KCLI) where an imposter, Onimisi Musa Onakpa displayed the height of feebility against the long-awaited acceptance of Barr. Natasha Hadiza Akpoti to salvage the people of Kogi Central Senatorial District in the next political dispensation.

It is no longer a news that Barr. Natasha Hadiza Akpoti has broken the silence to accept the long-awaited response to the ‘call to service’ made by the good people of Kogi Central Senatorial District. While this development has thrown hundreds of thousands of Nigerians into wild jubilations and a sigh of relief for salvation especially in the area of Ajaokuta Steel Company revival and other plights of the region that demands national attention, some political jobbers have felt so threatened by her acceptance as they had unrepentantly prayed that she never yielded to the clarion calls.

Very unfortunately for their cohorts that rather than burying their heads in absolute shame and queue behind the imminent liberation of the poor and hopeless people in pains, they resulted to channelling their resources towards sponsoring miscreants to peck on the impeccable personality of Natasha Hadiza Akpoti.

They couldn’t hide the emptiness of their usual promises for the innocent voters, rather than telling the people what they have to offer them, they lost hope in themselves and quickly took over the campaign to urge politicians not to campaign with Ajaokuta Steel revival. The question ringing in the minds of many is “does Ajaokuta need more campaign other than a genuine follow-up of the already initiated works of the Natasha’s unprecedented advocacy over the steel company? Who knows if our gues might be right that the only reason why they would have contested is “if Natasha is NOT contesting”.

Their ill-plotted allegations are not only baseless but spurious, and hoaxed to malign the unblemished records of Barrister Natasha Hadiza Akpoti for a cheap quid pro quo.

The humbug is a mockery of sense of reasoning, it lacks any iota of truth for a sane man to believe.

Every sane man would know that the so-called Kogi Central Leaders Initiative whose spokesman cojoined Ebira and Igala name to malign the untainted records of Barrister Natasha Hadiza Akpoti is not only a phantom group but a criminal element acting the script of their pay master.

It will be recalled that Ebira Council of Chiefs held her annual submit on July 30, at the palace of Ohinoyi of Ebiraland where the council of chiefs invited Barrister Natasha Hadiza Akpoti to intimate them on the journey so far on Ajaokuta revival and thereafter commended her painstaking efforts towards the resuscitation of the moribund company and declared their unflinching support to her if she decided to heed the people’s call and vie for Kogi Central senate.

Then, one will be spurred to ask that which Kogi central leaders is the imposter Onimisi Musa Onakpa referring to?

Perhaps, they are seeing the natural crowd building up for the Natasha’s mandate in every corners of Kogi Central; Voluntary movements and campaigns everywhere; Natasha Akpoti has become a household brand; market women are calling the commercial motorcyclists and taxi drivers; artisans are whispering to themselves on how and when to hit the ground running for their HOPE; these are enough proof to understand how frustrated their selfish ambition can become. Whereas, they have failed to acknowledge that all what Natasha Akpoti stands for is nothing but their future and the future of their children.

It is high time we grew from politics of blackmail, and sophistry. Natasha’s sterling antecedents shouldn’t be a nightmare to other aspirants, their antecedents should bail them out and the court of public opinion will duely judge instead of sponsoring phantom group to dish out unfounded stories to malign their acclaimed opponent whose deal is already settled by the God and the good people of Kogi Central Senatorial Disrict.