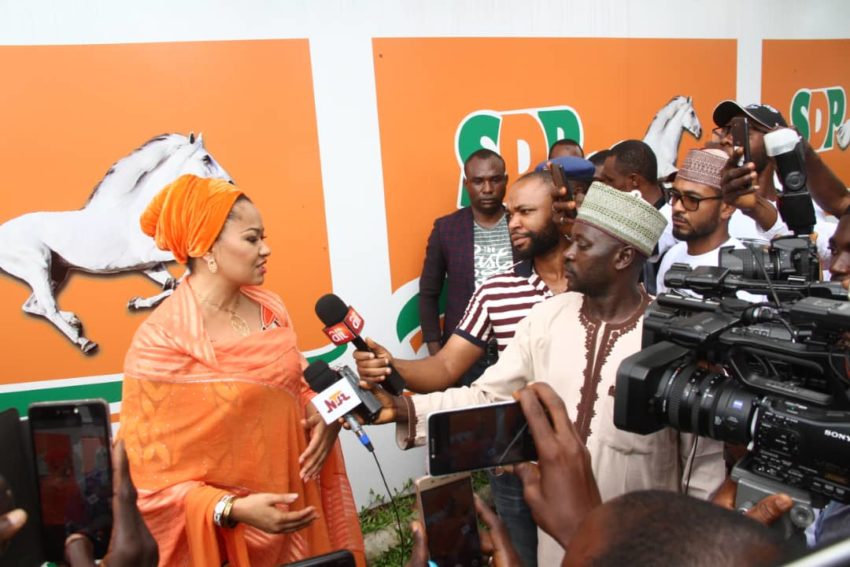 The reactions of the people as to “why is it on the platform of SOCIAL DEMOCRATIC PARTY (SDP), that Barrister Natasha Akpoti has decided to run for the Senate come 2019” is nothing but a mere reaction towards issue when something different is done against the expectations of the public.

Some people from some quarters said she can never come through on the platform of SDP, while some said she should have stayed put in APC being the ruling party. Some even asserted she should not have vested into the political space. Different people with all different opinion and all sorts of assertions.

But, I have this to say, that Nigerians have gone beyond and far from the days of party affiliation. The antecedents, social activities and economical contributions of a candidates aspiring for a particular post will speak volume of what you have to offer to the people, if finally elected. Party Affiliations is no longer the basis or guarantee for anyone to win an election, except otherwise is done to arm-twist the people against their wishes.

Going back the memory lane, in 2015 the present Government was brought on board by the people, through massive voting and expression of interest and wilingness to achieve their goal. Against all obstacles and intimidations, the peoples’ will prevailed. We all knew and aware of what happened in 2015, in order not to waste much of your time.

The reason for choosing SDP as the platform to run and achieve our goal is nothing but the politics that we all know play out; where some people are made the favorites and the others are jettison or jeopardized all in the name of “ANNOINTED OR ENDORSED CANDIDATE” Just for the purpose of achieving self-goal.

The decision to opt for SDP is to allow peace in the land and devoid blood shed as her ambition is not worthy of innocent lives and properties. In modern society and democratic institutionalized community, delivery capacity of a candidate is of utmost importance. Political parties are just platforms upon which candidates express their interest for a particular post and a symbol on which the electorates cast their votes for their preferred candidates.

With all these, we the people of the Central need a platform upon which we can get our general interest achieved. Barrister Natasha H Akpoti is our preferred candidate to take us to a new level in our political live in kogi central. We are tired and fed up of recycling dead brains that have nothing to offer to the people except warming the chairs at the red chamber. The coming of Natasha Akpoti into the political arena of the state came as a result of her activities through the Revival of Ajaokuta Steel back to life. She has what it takes to give us a new breath, not only in Kogi state and the whole Nigeria at large.

Natasha Hadiza Akpoti is not against the re-election of His Excellency Yahya Bello, neither is she an antagonist of President Muhammed Buhari and his government.

Officially, Barrister Natasha Akpoti has gotten her nomination form and expression of interest from the stable and under the platform of SOCIAL DEMOCRATIC PARTY (SDP) to represent the people of Kogi Central Senatorial District in 2019. It is now left for us the people of Okene, Ogori mangogo, Adavi, Okehi and Ajokuta to do the needful by giving your support and vote the woman of substance and inspiration to represent our interest at the senate in 2019.