I have seen Barrister Natasha Hadiza Akpoti fighting for all Nigerians, influencing bills through national assembly to make government do what is right for the masses.

It will interest us to know that, Barrister Natasha Hadiza Akpoti while fighting for the revitalisation of the moribund steel companies in Nigeria as a non-memeber of the National Assembly influenced the three bills to offer effective management and operation of Nigerian steel sectors which are in the pipeline.

For the avoidance of doubt, the bills include: Bill to establish Steel Authority, sponsored by Nicholas Ossai, PDP, Delta State Ndokwa/Ukwani Federal Constituency.

These are qualities and many more of her antecedence and track records we must reflect on before we cast our Vote for any other candidate in 2019.

It is time to do a background check on the candidate of any political party, don’t vote political party in 2019, Vote for competence, and antecedence not religion, not tribe, clan, gender or ethnicity.

I am enjoying the diversity of God’s designs and creations of people in diversity. I am married to an Igbo lady since 2011, I live and i am fulfilling my ministry among none of my tribesmen’s environment, yet i am getting highest support from these Isokos, Urhobos, Itsekiris, Ijaws, Edos, Rivers State.. etc. not minding my tribe or ethnicity of Ebira from Kogi State nor that of my wife an Igbo lady from Anambra State.

While many years’ back my own tribe person implicated me in 2009 to silence me forever, if not for God. Yet I didn’t hate my people but only careful with people because of that experience.

I believe I have what it takes to tell people to stop causing division among Nigerians and let’s accept the fact that We are one and the interest of Nigerians is greater than an individual interest. 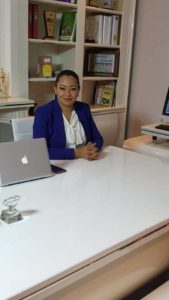 As a resident in the Niger Delta Region for a decade now, I have seen rottenness from those in governance, from local government to state government, in Delta State only self acclaimed Christians are voted into power yet no development in the land as it ought to be. Of course, the allocation coming to Delta State, could have been able to turn Delta state into Nigeria-Dubai if competent people were allowed to rule, but bad leadership won’t let it.

Similarly, Kogi state has since inception been ruled by Muslim governors From Late Alh. Abubakar Audu, Alh. Ibrahim Idris, Alh. Idris Wada who are of Igala extraction to the present governor of the state, Alh. Yahaya Bello, an Ebira man.

Despite being of the same faith, we can all attest to the pace of development in the state which goes a long way to show that mismanagement of public treasury does not know religion.

Many Emmanuels are thieves and many Ibrahims are Criminals… Nelson Mandela was neither a Christian, nor a Muslim but he was the best leader Africa has ever Produced. But let me add that he was a great lawyer just like Barrister Natasha Hadiza Akpoti.

The best president Nigeria ever produced was Alh. Musa Yaradua who brought peace to the Niger Delta regions. After his demise, his successor, Good Johnathan could not maintain the tempo, even though he was from the region… Stop and think and let us do away with premodial sentiments limiting us.

In every state, let us look for the likes of Natasha not minding party lines… GOD BLESS YOU ALL.