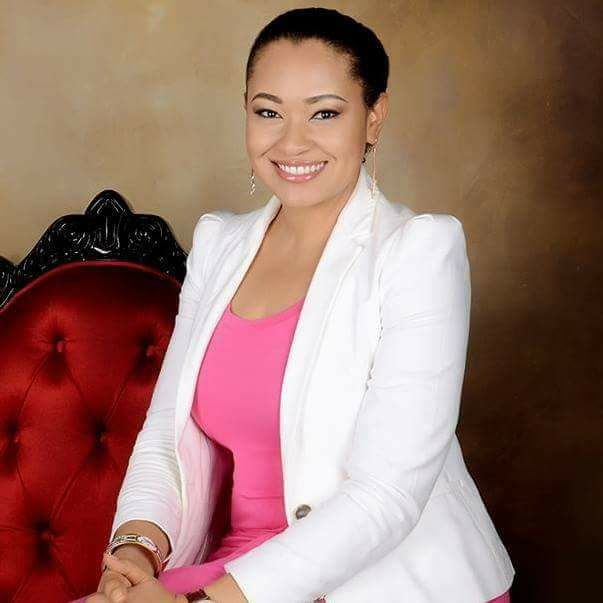 In a remark through their official social media handle, the agency  said “way to go Natasha! Let’s show them how women run the world!!!”

Reacting, Natasha said, “indeed, the world watches and wastes no time in identifying credibility.
“It’s paramount Nigerians realize this and begin to take conscious steps in defining the narrative of our representatives across all levels of authority”, she said.
Natasha decided to set the pace when she disclosed on her social media handle that she will be publishing her biography and educational documents on Thursday for credibility and transparency.
Below are the biography and educational credentials;
Natasha Hadiza Akpoti (born December 9th, 1979) is a Lawyer, MBA professional and a Social Entrepreneur. She is the Founder of Builders Hub Impact Investment Program – a Social Enterprise focused on creating jobs through the sustainable revival of Nigeria’s indigenous and neglected industries.
Born to the family of Late Dr. Jimoh Akpoti and Mrs  Ludmila Kravchenko Akpoti of Obeiba- Ihima, in Okehi Local Government Area of Kogi state. She is the second of four children and only daughter.   Natasha spent her formative years as a child growing up and being primarily educated in her native communities- Okehi and neighboring Okene, Adavi and Ajaokuta towns. Her most fascinating childhood moments were lessons of philanthropy and empathy for humanity that her father  taught by practically treating the poor for free, paying tuition for thousands of school children, supporting hundred of local farmers and traders with their businesses and so much more.
She attended Christ the King Nursery and Primary School Okene where she was made the Social Prefect and acknowledged in her testimonial to be very quiet, hardworking and responsible. Thereafter, she proceeded to Government Girls Unity Secondary School Oboroke, Kogi State and Federal Government College Idoani, Ondo state for her junior secondary and senior Secondary education respectively. Yet again, her exceptional academic and personal performances earned her the leadership position of being the Head Girl at F.G.C. Idoani. Graduating in 1997, Natasha’s Secondary School leaving Certificate and Testimonial acknowledged her of being responsible, hardworking and a diligent prefect.
She holds an LLB in Law from the University of Abuja,  and was called to bar in 2005. She also obtained her Masters in Business Administration and doubled up with a PGD Petroleum Law and Policies from the foremost University of Dundee, Scotland, United Kingdom.
Through shear determination and doggedness she excelled in vital modules such as Strategic Management and Organizational Analysis; Leadership and Decision Making; International Arbitration; Management in Energy and Natural Resources Industries; International Petroleum Law and ultimately Business Strategy in the Extractive Industries amongst others. Admittedly, knowledge acquired greatly influenced the success of Natasha’s advocacy for the revival of the moribund Ajaokuta in an attempt to position Nigeria as an industrialized nation.
Natasha also participated in a high-level workshop organized by the University of Aberdeen, United Kingdom which centered on the Bargaining Zone, Anchor Points and Negotiation Tactics) Preparation, First Moves and Concessions) where Natasha scored the most accurate bargain during a delegate-simulation.
While employed as a legal counsel at Brass LNG, an international gas liquefaction company, Natasha participated in and completed many resource development courses some of which are – International Gas Business Management Certificate program offered by the prestigious International Human Resources Development Corporation (IHRDC) in Boston, Massachusetts USA.
Others are, Contracts Used in International Petroleum Development, and Monitoring and Regulation of the Upstream Petroleum Sector (Exploration and Production) both programs were offered by the Center for Energy, Petroleum and Mineral Law and Policy (CEPMLP), Scotland, UK.
Interesting enough, Natasha’s becoming an expert in the energy sector didn’t quench her innermost desire to work with marginalized communities to help connect people to self-developing opportunities and create a meaningful legacy. This drove her to become a Social Entrepreneur and in leaving no knowledge stone unturned, she enrolled at INSEAD’s Social Entrepreneurship Program in Singapore.
At INSEAD, Natasha understood that innovating indigenous technologies and building inclusive resilient economies is the only sure way Nigeria can sustainably develop. Reflecting such knowing to Nigeria, she identified the need to create a responsive Ecosystem plunging People, Processes and Products in one responsive space to support Start-Ups and smart ideas.
This interest birthed a partnership between the Niger Delta Development Commission (NDDC), Small, Medium Enterprise Development Agency (SMEDAN) of Nigeria and Natasha’s Builders Hub Impact Investment Program (BHiiP) to establish Nigeria’s first integrated Technology Development and Business Growth Hub situated in the city of Uyo, in the coastal, oil producing part of Nigeria.
While Natasha loves traveling to new places, meeting people, reading and watching documentaries; she enjoys nothing more than every moment spent parenting her three wonderful children.