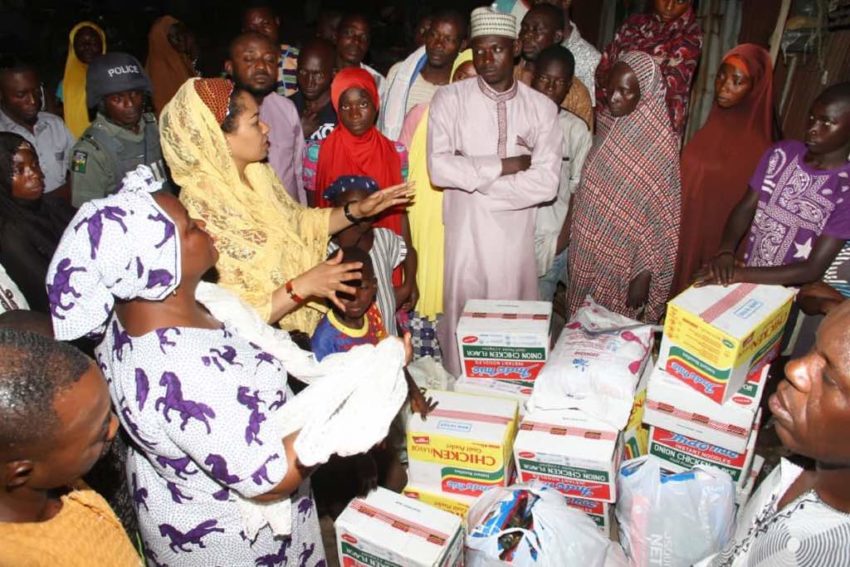 The Managing Director/CEO, Builders Hub Impact Investment Program, Barr. Natasha Hadiza Akpoti, Thursday, made an emergency trip across the Niger River to IDP Settlement in Eroko Community, Geregu, Ajaokuta Local Government Area in Kogi State to sympathize with the Internally Displaced Persons from the recent flood that happened in the area and share some relief items for the IDPs.

The items which include rice, indomie, garri, mosquito net, soap and other food items were distributed to the victims of the flood disaster.

Natasha made the trip shortly after being screened and cleared as a Senatorial Aspirant on the platform of Social Democratic Party, SDP, by the SDP Screening Committee at the State party secretariat in Lokoja where mammoth crowd received her in solidarity and wild jubilation ahead of the Saturday’s party primaries.

On arriving the Eroko community, Barr. Natasha Akpoti took pain and risk to sail in their local canoe across the Niger River alongside his team and community leaders to meet with the flood victims in their camp where the relief materials were handed over to the beneficiaries.

While expressing his heart felt gratitude to Natasha’s kind gesture to the community, Elder Abdullahi Habib described Natasha as a God-sent soul who shall forever prosper in whatever she lays her hands on. “I am overwhelmed and short of words. I and my people will continue to pray for you for this rear gesture you have given to us in this time of our misfortune. God will continue to be by your side in all that you do. Since the day we experienced this flood it has been series of unfulfilled promises but here you are with us to feel our pain and put smiles in our faces. We can only say thank you and keep praying for you” he added.

Also speaking was the Youth Leader of the community, Nda Gali Usman who took time to enlighten the people about the good works of Natasha Akpoti especially on the selfless advocacy for the revival of Ajaokuta Steel Company which he enjoined his people to support massively as they will be the closest beneficiary citizens when the company is revived.

The flood victims camp coordinator Mr. Abdul Baba equally thanked Barr. Natasha on-behalf of the beneficiaries for her gesture to them. He urged his people to continue to pray and support Natasha in her causes.

Speaking earlier, one of Natasha’s team members who spoke extensively, Hajiya Jumai enlightened the victims on the essence of the visit and what Natasha as a person stands for. She emphasized on the need to have a good leader and a representative who connects well with the people and share in their pains at any time. “She didn’t mind the risk involved to cross the river to this place. She believes it all worth it because leadership is about the people irrespective of their geopolitical locations. She believe people should not lack dividends just because they are in remote settlements. She insisted that she must be here however dark because your pain is her pain too”.

In her Address, Natasha sympathized with the victims and assured them of hope and more smiles in their faces soon. “I am here to give you some relief because I know what this little gesture mean to you at this very sad time. I know what it means to be homeless. Please accept this little from me and my team as we shall be here with you again soon. This is one of the reason why I insist on Ajaokuta working for the people. Because I know that if Ajaokuta and Itakpe are fully working, you can’t be this poor again. While I continue to do my best to ensure the best for you all, I shall count on your prayers and supports”. 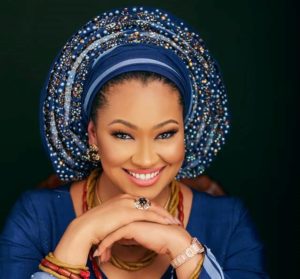